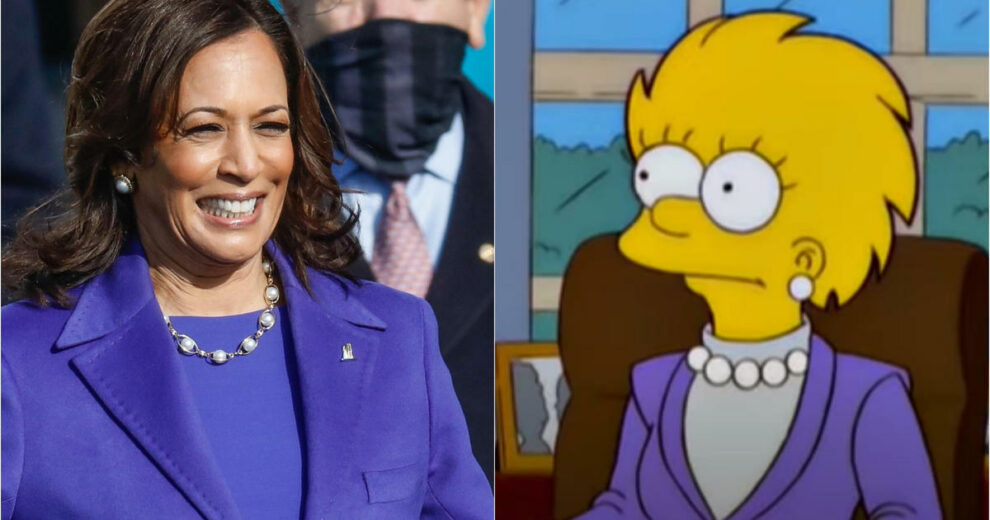 The Simpsons have a long history of predicting real events with amazing accuracy. From pop culture and celebrity feelings to political moments in real life, this iconic cartoon series shocked the world with coincidence time and time again. We have passed half of 2021, guess what? The Simpsons have already done it several times. Donald Trump’s presidency? Kamala Harris inauguration dress prediction? A billionaire in space? There are still 6 months to go before 2021.

In July 2021, Sir Richard Branson successfully flew to the edge of space in a Virgin Galactic plane before returning to Earth, but guess what? The Simpsons in 2014 already predicted billionaires in space. Groundbreaking! In the episode of “War of Art” in March 2014, an animated Branson was shown, lying and floating in a weightless state, admiring the art on the spacecraft. In the live broadcast of the Virgin Galactic flight, the audience saw the real footage of Branson also flying weightless in spacecraft.

Speaking of random coincidences, the Simpsons cannot predict the moment when a famous American politician will go on vacation when their residents are facing a major climate crisis, right? It is incorrect. Many people believe that the Simpsons managed to predict how long Texas Senator Ted Cruz and his family would spend their vacation in Cancun, Mexico, while parts of the state had no electricity, no heating, or water after a severe winter storm.

Similarly, Mayor Quimby was interviewed in the 1993 episode of “The Simpsons” and claimed that he canceled his vacation plan to help Springfield deal with a pandemic. He was later shown holding a press conference on the beach in the Bahamas.

Due to concerns about crowds during the pandemic (and security issues following the attack on the U.S. Capitol a few weeks ago), the president’s January 2021 inauguration looked slightly different. It was later broadcasted on TV and was hosted by Tom Hanks. FUN ENOUGH, animated Tom Hanks was invited to speak to the whole country in The Simpsons 14 years ago. Hank made a cameo in an advertisement for the new Grand Canyon.

The Simpsons not only predicted Trump’s presidency, but also easily predicted the inauguration attire of Kamala Harris. On the first day of the office, Lisa wore a purple suit with a pearl necklace around her neck—surprisingly, the suit Harris wore when she was sworn in as the first vice president was same as previously shown in The Simpsons.

Samsung A22 5G specifications leaked, no update on release date
Poco F3 GT announced to be launched in India on July 23
Comment