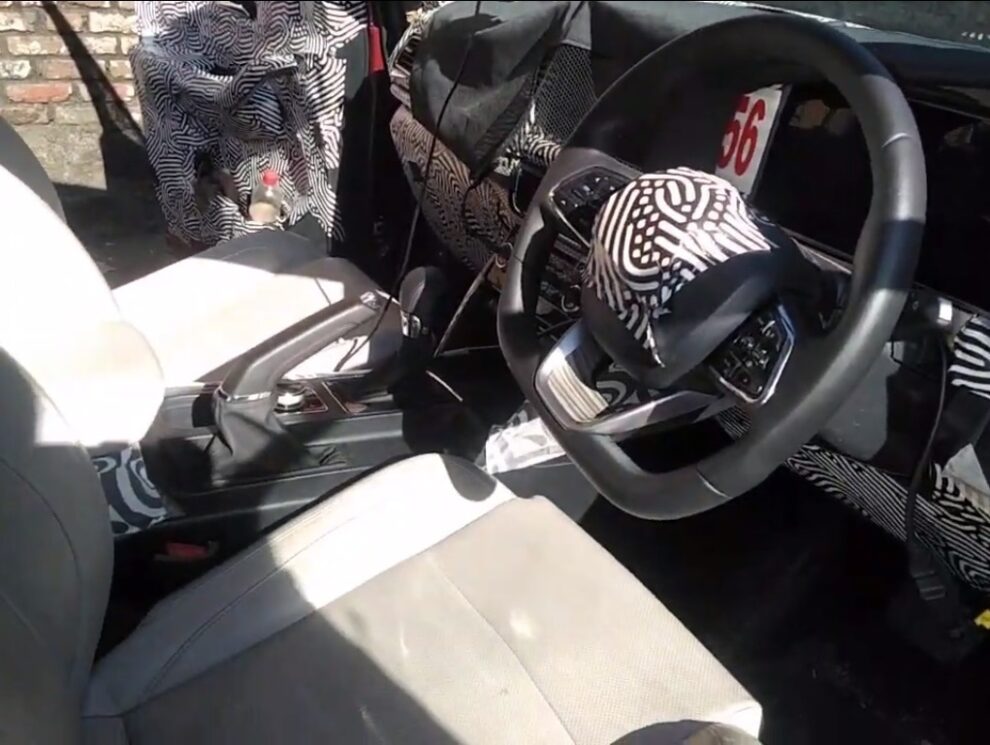 Mahindra XUV700, one of the most anticipated launches this year, it will be packed with several new features in camouflage. The new interior design of the XUV700 is dominated by a huge digital display, which is distributed over the new 10-inch touchscreen infotainment system and the digital TFT driver display. The device appears as unique in the teaser video the automaker shared on social media.

The teaser video revealed some new things about the upcoming XUV700 model. Initially, the SUV will have a new user interface called Adrenox, the new AI-based voice control. It’s also linked to Alex on board. It will also have the new Sony 3D sound system too.

The XUV700 is offered with both petrol and diesel engines. Diesel models will also offer driving modes. The available driving modes are Zip, Zap, Zoom, and Custom, which suggests that the new XUV700 could be an exciting prospect for driving enthusiasts too.

In addition to these revelations, some other aspects of the interior of the XUV700 are now confirmed via the teaser video: The SUV is featured with a two-tone interior color theme, snug seats with adjustable headrests, horizontally arranged air ducts, push-button start, new multifunction steering wheel with mounted controls, rotary knobs, huge center armrest and cooled glove compartment.

On Saturday, spy footage revealed important details about the look of the new XUV700.

It has a larger, bulkier profile with a chrome-plated seven-slat front grille, C-shaped LED and DRL headlights, LED fog lights, faux skid plate. The all-round LED rear light at the rear is also new. The Mahindra XUV700 is powered by a 2.0-liter mStallion petrol engine with a peak output of 200 hp and a 2.2-liter mHawk diesel engine with a peak output of 185 hp. It comes with 6-speed manual transmission. A 4X4 option is likely to be announced with the new XUV700 as well.

The Mahindra XUV700 2021 is expected to hit the market around the festival time this year. It will likely cost over ₹ 14 lakh (ex-showroom) and compete against competitors like the Hyundai Alcazar and Tata Safari.