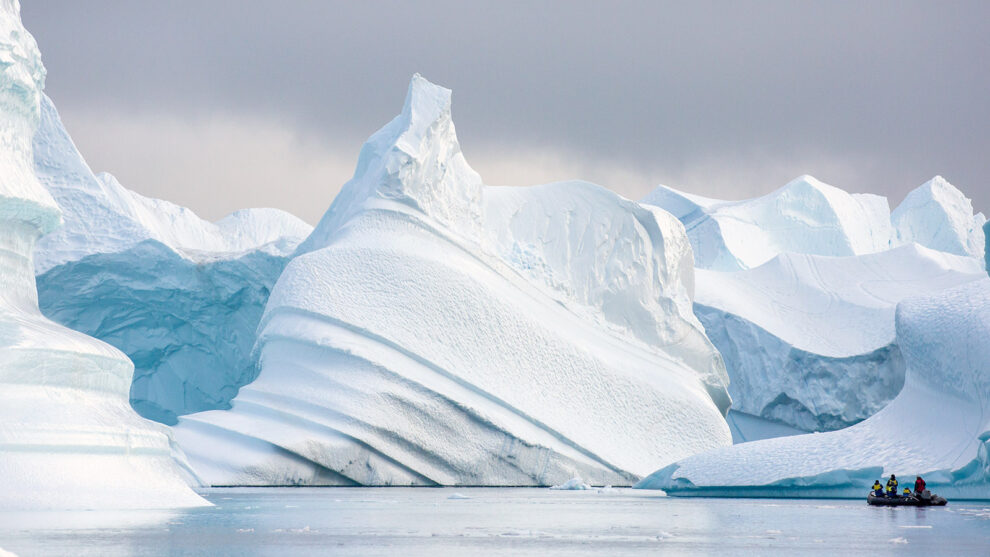 It has been found in a report that the Arctic is rapidly warming, and this could cause antibiotic-resistant bacteria, undiscovered viruses, and the spread of nuclear waste. As the ice melts, it is said that potential damage from mining and radioactive waste from Cold War nuclear submarines could be released. The nine million square miles of Arctic dates to about a million years old. Co-author Dr. Arwyn Edwards from Aberystwyth University said much of the Arctic is still unknown.

Dr. Edwards co-authored a report with universities from US universities and NASA’s Jet Propulsion Laboratory in Southern California. It is published in Nature Climate Change. In the Arctic, many chemical compounds are found and these compounds formed are either through natural processes, or deliberate storage, or accidents. The permanently frozen land has been a great contributor to greenhouse gas emissions. Massive stores of Arctic soil releases carbon dioxide and methane into the atmosphere, which causes causing abrupt changes to the landscape.

Implications are more widespread and less understood; it was found in the research. It has the potential for the release of unknown viruses, radiation and nuclear waste, and other chemicals of concern. Considerable nuclear and diesel waste is also produced by Greenland’s US Camp Century nuclear-powered under-ice research facility.

Since the start of the industrial revolution, by-products of fossil fuels being in the environment. The natural metal deposit can be seen in the Arctic, including arsenic, mercury and nickel. Across tens of millions of hectares for decades, mining of this has caused massive contamination from waste material, the report says. A high concentration of chemicals and pollutants previously stored within the permafrost could be released back into the atmosphere because it melts and increases water flow. It can damage birds and animals and can also enter the human food chain.

More than 1000 settlements during the last 70 years in the form of resource extraction, scientific and military projects have been carried in permafrost. The report suggests that despite its findings, it is mainly unquantified and poorly understood and further in-depth research in the area is need to get a deep inside about the risks. “Changes in the Arctic’s climate and ecology will influence every part of the planet as it feeds carbon back to the atmosphere and raises sea levels.” From the warming of the Arctic, other risks can also arise. For a range of harmful things for a long, it has been a deep freezer.

The fate of these harmful microbes and pollutants, and nuclear materials requires more understanding to find out more about the threat they may have. The targets of the Paris Agreement and reducing the increase in the global climate temperature to 1.5 Celsius more immediate and robust action is needed. There are many things to learn about the Arctic, why it is essential for the future, and why it is worth protecting.

The two less known variants of Covid: R.1 and C.1.2 !
An active hydrologic cycle was there in the early Mars surface environment!
Comment